What changes worldwide could have the biggest impact on the circular economy? Read our selection for you for December 2021.

The government of the United Kingdom has signed into law what it says is one of the world’s leading environmental programmes. The package aims to improve the country’s air quality, restore natural habitats, increase biodiversity, reduce waste and promote better use of resources. These goals are to be driven by long-term, legally binding targets and a new Office for Environmental Protection that can hold public institutions accountable for their obligations.

In the waste sector, the legislative package includes an extension of extended producer responsibility, according to which producers must cover 100% of the costs of disposal of their products (initially only plastic packaging). In addition, a deposit return scheme for single-use beverage containers, new charges for single-use plastics and an electronic system for tracking waste movements will be introduced.

According to Environment Secretary George Eustice, the law is the most ambitious environmental programme and is setting an example for the rest of the world to follow.

The Statistical Office of the European Union (Eurostat) has published a new report on packaging waste in Europe. The report shows how waste generation has developed in the 27 member states from 2009 to 2019. The results show that the amount of packaging per capita has grown steadily in recent years. However, considerable differences exist between the individual countries.

In 2019, an average European generated 177.4 kilograms of packaging waste – the highest value since measurements began in 2009. Waste generation per inhabitant was highest in Ireland with 228 kilograms and lowest in Croatia with 74 kilograms.

The team at European Recycling Platform (ERP) in Austria presents the latest news.

In one of his latest LinkedIn posts, Jan Patrick Schulz discusses closing the loop for complex packaging

Important changes for packaging producers by 2024

Final call for circular economy startups to join us in Berlin!

Productive exchange on EPR between Landbell Group and Indian delegation 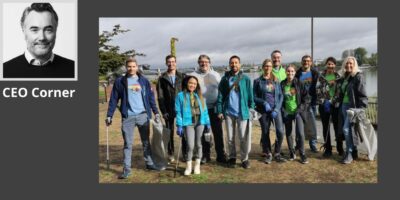 In one of his latest LinkedIn posts, Jan Patrick Schulz examines the topic of waste

The application phase for the Green Alley Award 2023 gets underway